The Environmental Court judge, Jane Borthwick, whom I found to be very impressive and very astute, issued on the 13th of August the substantive part of her decision in respect of Canterbury Cricket’s application for Test Cricket to be played on Hagley Oval.

The Judge heard evidence from:

In her interim decision the Judge granted the resource consent application subject to an amended set of conditions which she deemed to be appropriate.  The judge, in the concluding paragraph of her decision stated:

The  opponents of the CCA application had during the course of the hearing raised all sorts of reasons, some more specious than others as to why Test Cricket should not be played on Hagley Oval.  One reason being that because there was no mention of trees being removed or pruned (two trees?) and that accordingly the application should be thrown out – thrown out they said because the CCA had not fully identified the extent of their application (the judge did not accept that one!).

Conditions of Consent: the 13th of August decision left the conditions of consent open for further submissions and so, Hands off Hagley and their passionate supporters strained to make the conditions of approval if not terminating, then as onerous and as expensive as possible.

The Judge considered conditions for crowds under 12,000 and for those occasions when the crowds would exceed 12,000.  The 2015 World Cup fixtures were to be treated as special case with exemptions from the standard conditions/future conditions.

Hands off Hagley are opposing the special conditions/exemptions pertaining to the 2015 Cricket World Cup games but I think that the judge has been quite clear about that because she concluded her decision on the conditions of consent by stating;

“The application for resource consent is granted subject to the amended conditions of consent………..” and then; “For avoidance of doubt the Court is yet to make a determination on the amended Access Management Strategy……”.

This AMS matter deals strictly with the way in which traffic needs to be handled during each major fixture (12,000 plus persons). 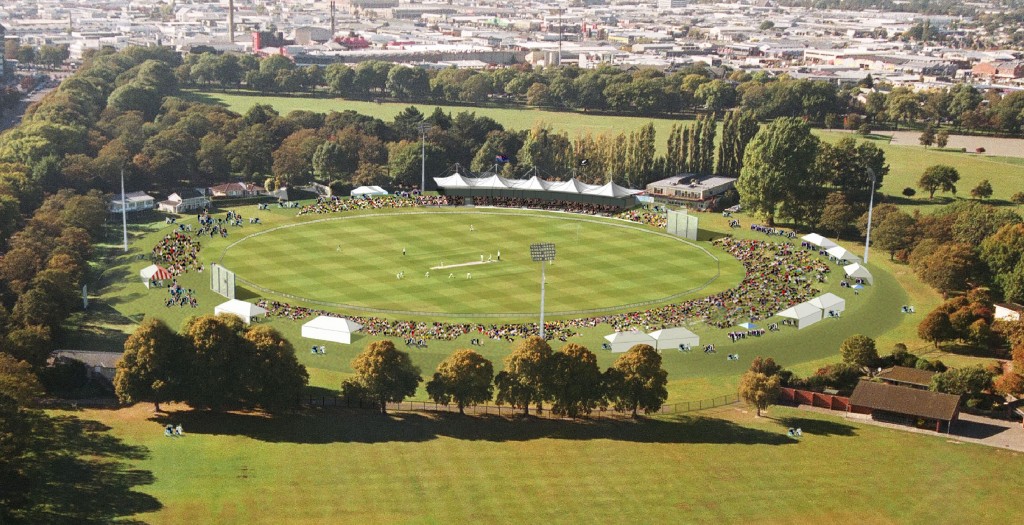 The CCA had obviously got together with the City Council and sorted out any differences they had so that when the CCA took their case to the Environment Court they had the unqualified support of the Council.

A case in point for people seeking notified consents:  Having the support of the Council when one goes to the Environment Court means one is SO much more likely to succeed!