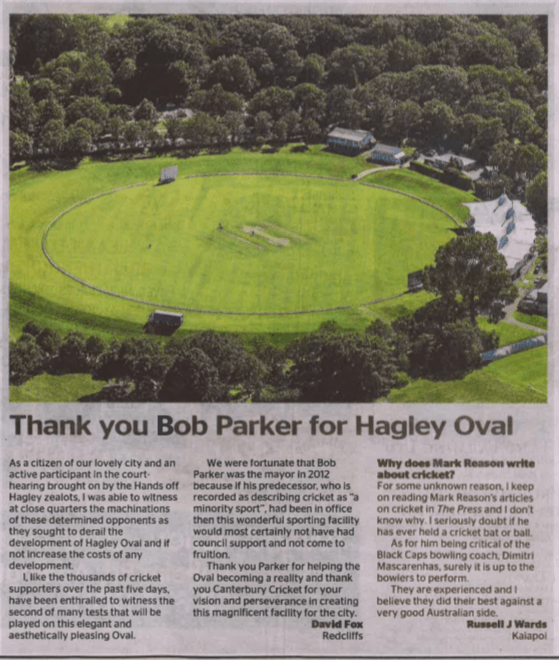 As a citizen of our lovely city and an active participant in the court-hearing brought on by the Hands off Hagley zealots, I was able to witness at close quarters the machinations of these determined opponents as they sought to derail the development of Hagley Oval and if not increase the costs of any development.

I, like the thousands of cricket supporters over the past five days, have been enthralled to witness the second of many tests that will be played on this elegant and aesthetically pleasing Oval.

We are fortunate that Bob Parker was the major in 2012 because his predecessor, who is recorded as describing cricket as “a minority sport”, had been in office then this wonderful sporting facility would most certainly not have had council support and not come to fruition.

Thank you Parker for helping the Oval becoming a reality and thank you Canterbury Cricket for your vision and perseverance in creating this magnificent facility for the city.

Letter to the editor as featured in The Press on Friday, February 26, 2016